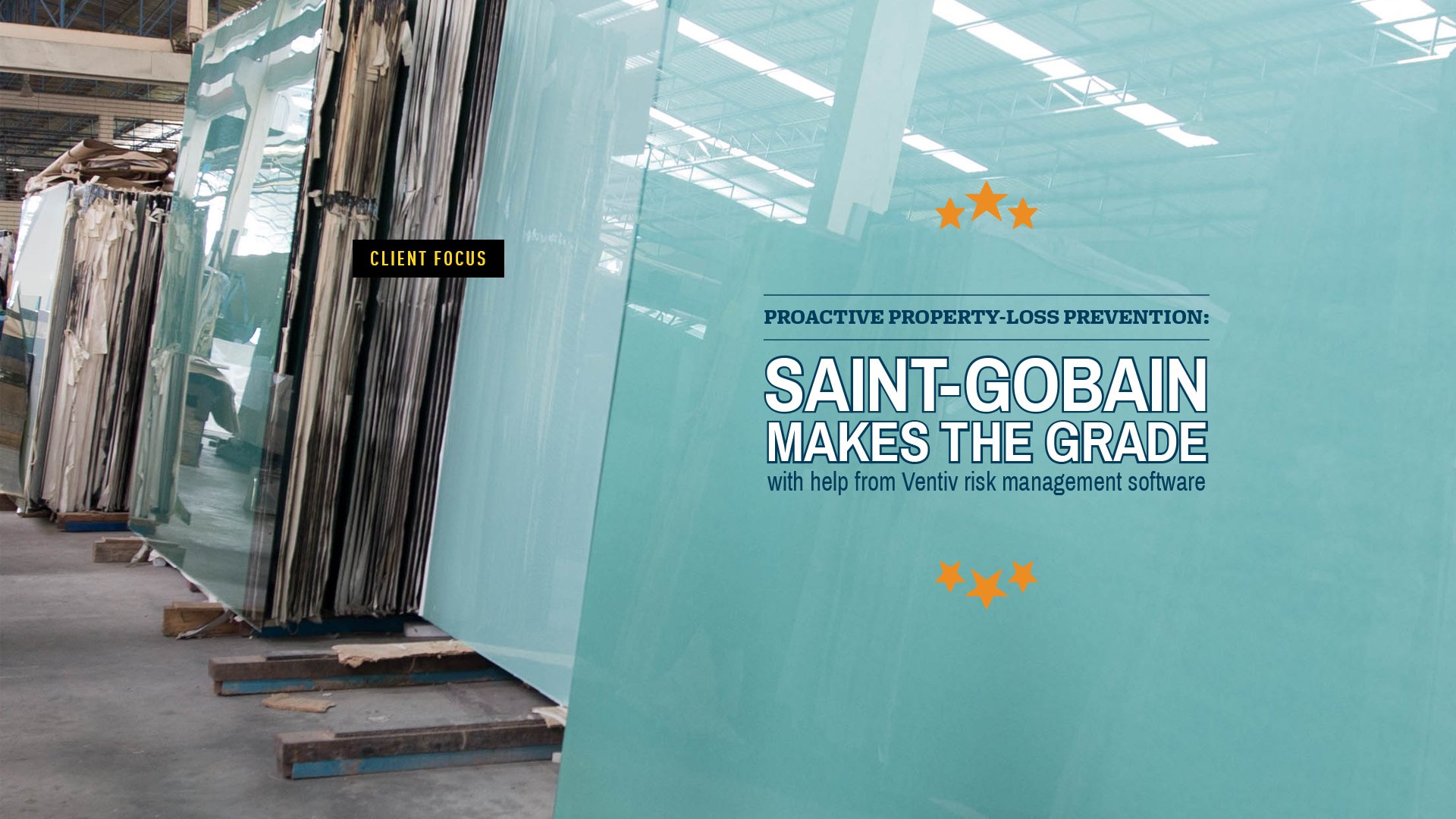 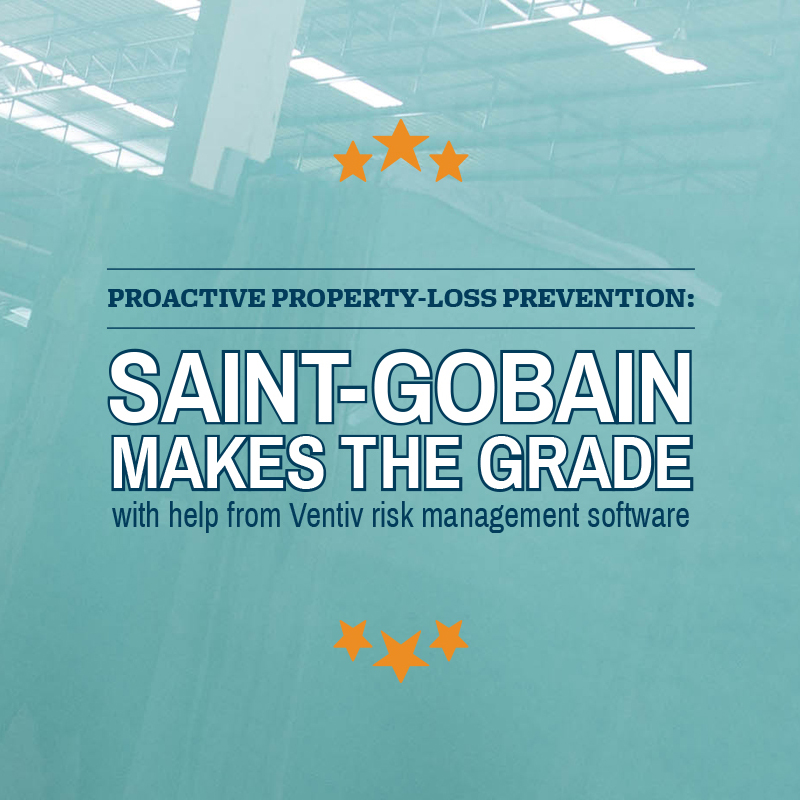 Founded more than 350 years ago, during the reign of King Louis XIV, French multinational firm Saint-Gobain is one of the world’s oldest companies. The people of Saint-Gobain (2018 sales: €41.8 billion) are proud of their company’s distinguished heritage. They’re equally committed to moving the company into a prosperous future, assisted by the intelligent use of advanced technologies. An example of this can be found in Saint-Gobain’s property-loss prevention program, where a robust risk-grading process is powered by Ventiv Technology’s risk management software.

Saint-Gobain designs, manufactures, and distributes materials and solutions used in buildings, transportation, infrastructure, industrial, and life science applications. Since 2012, it has used Ventiv's risk management software to collect PDBI (property damage, business interruption) data from manufacturing facilities around the world. Using the data collected on a yearly basis from more than 1,300 locations, the Saint-Gobain risk management team has built a highly effective loss-prevention program based largely on getting locations deeply involved in improving their own performance.

“Prevention is at the top of the agenda for Saint-Gobain risk management,” says Pierre Eliot, who has been the director of loss prevention since 2006. “The risk-grading program is at the center of our loss-prevention program. Risk grading has been instrumental in greatly increasing awareness of the importance of prevention at all levels of the company. In fact, since we began managing the risk-grading program using Ventiv solutions, we’ve seen an average improvement in risk grades of more than 10 points—and this despite constantly tightening the criteria we use to evaluate our locations. We’ve also seen a 75 percent reduction in the number of locations performing below minimum standards.”

Furthermore, as the markets for commercial property insurance have begun to harden and look to continue that trend into 2020 and beyond, Mr. Eliot notes the beneficial effect the risk-grading program has had on renewals and submissions: “With the risk-grading program, we feel very confident when we communicate with brokers and insurers above our captive about our loss-prevention program. With the quality of the data we’re collecting and just how comprehensive it is, we know we’re giving the markets an accurate, complete risk picture of our hundreds of worldwide manufacturing locations.” 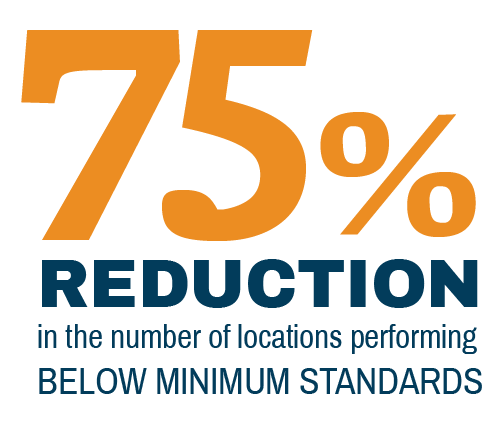 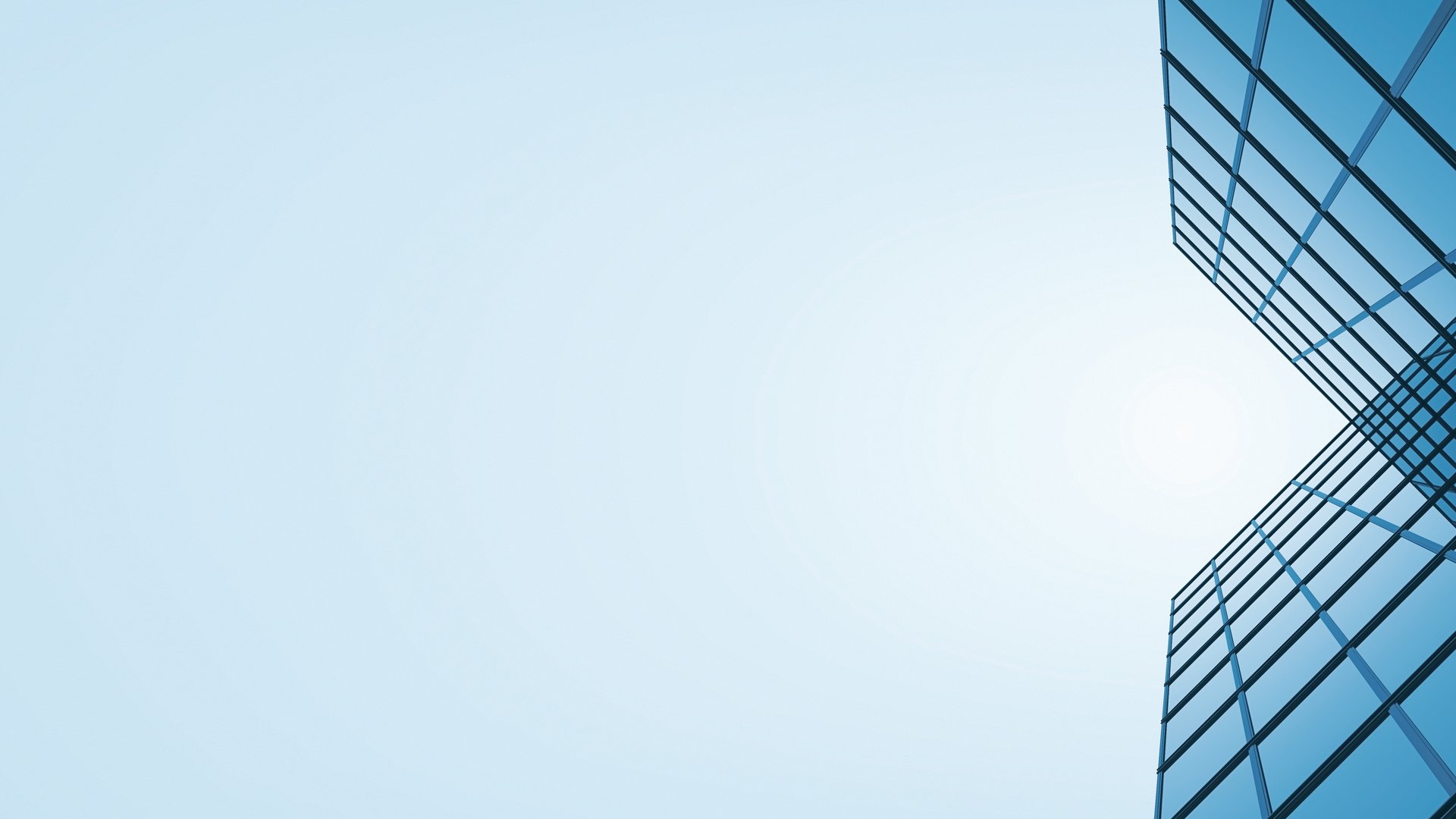 Mr. Eliot and the Saint-Gobain team aimed to carry out consistent comparisons and benchmarks across locations, lines of business, and countries. “We wanted to have our own measurement criteria to measure at both an individual location level and to consolidate on a multi-axis basis,” he states. “We wanted to be able to link this process and its results with allocation of PDBI premiums (in the form of rebates and penalties) across our numerous sites, businesses, and companies.”

The risk-grading program began with Microsoft Excel spreadsheets as the core technology. The risk management team distributed spreadsheet-based questionnaires to its 900 largest global locations. Then, as now, each location answered a core set of questions common to all facilities; from there, locations received specialized questions based on their operations. Each location received a score based on its answers (which are audited by Mr. Eliot and his team and by a loss-prevention engineering firm, which visits some 450 sites each year).

“Today, large locations will answer between 290 and 360 questions annually, based on what they do,” Mr. Eliot explains. “A glass-melting factory, for example, will have more questions than will a logistics facility, because there are usually more processes in a factory setting for which we want to collect data. Smaller locations and sales facilities will have a simplified questionnaire and answer fewer questions, because their operations are less complex.”

From the beginning, the risk-grading program was well received at the location level. Facility managers appreciated the ability, even using spreadsheets, to simulate improvements in their scores based on hypothetical action planning in the ten main areas covered in the questionnaires.

Mr. Eliot and his team, however, quickly grew tired of the laborious manual effort required to manage 900 locations, 900 scores, and 900 risk evaluations (that number today has risen to more than 1,300).

With spreadsheets, there was no database, which limited Mr. Eliot and his team’s ability to analyze the information collected. There were issues with errors and reliability. There was no tracking of validation or review workflow.

Mr. Eliot and his team decided to implement a fit-for-purpose software solution, and in 2012 began working with Webrisk (which would be acquired by Ventiv in 2017). The deployment process went quickly and smoothly, says Mr. Eliot: “We came up with a proof of concept and the initial specifications for the solution in four months or so. We developed a working solution quite easily and went live with the solution in the second quarter of 2013.” 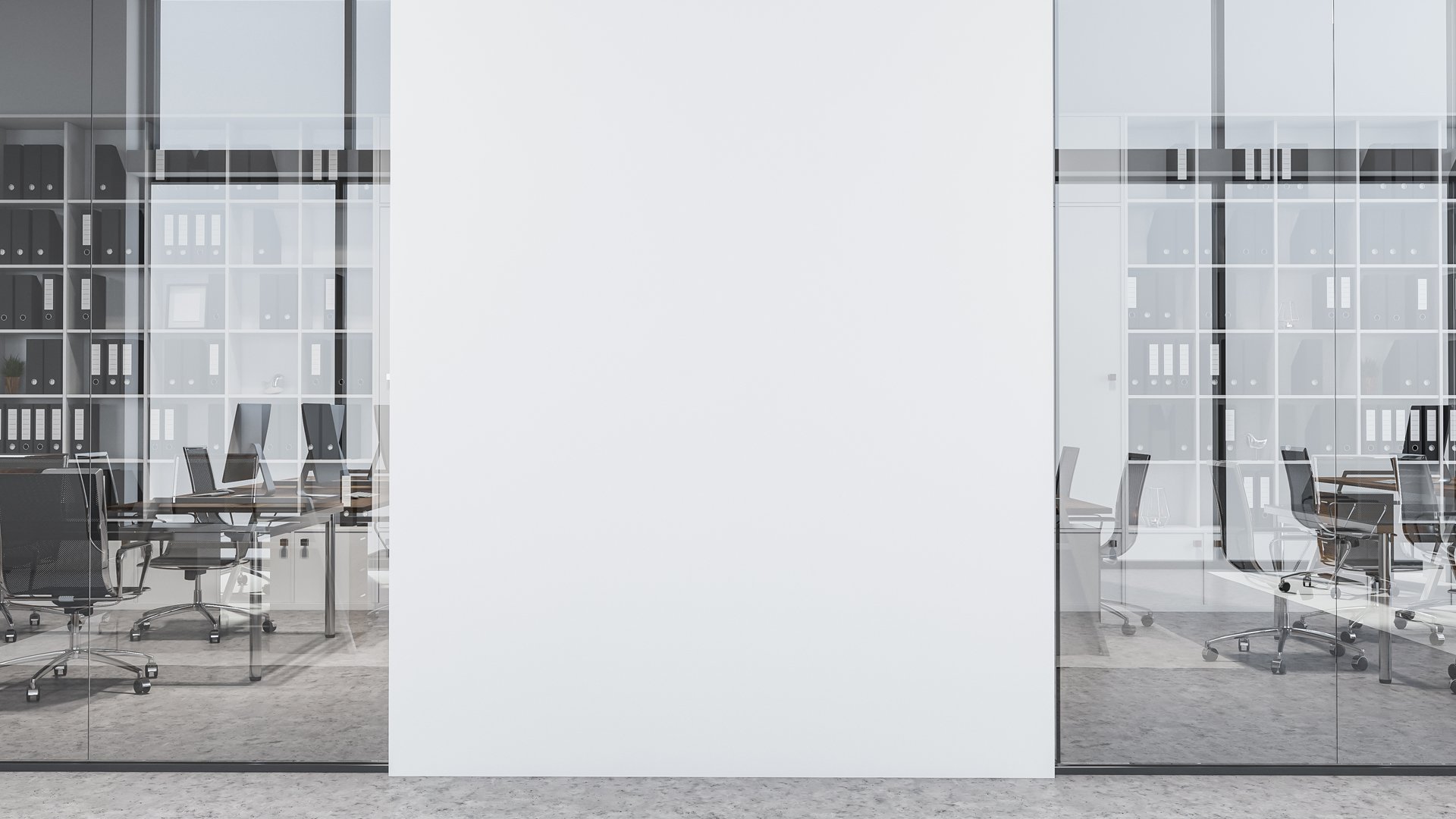 With the Ventiv solution, Mr. Eliot and his team have a much easier time managing the annual risk-grading process. At the same time, the Ventiv solution has improved the experience for location managers while enhancing their ability to simulate their score improvements based on different action plans under consideration.

The Ventiv solution has also solved the challenges and frustrations Mr. Eliot had for the five years the program was run by spreadsheet. Among the biggest enhancements from moving away from spreadsheets are:

User management is efficient and easy: New users can be created in less than five minutes.

Double-axis user access is managed in the system, with each user seeing only their own data.

Location-specific scores and charts are easily generated in PDF.

Bottom-line results from moving up to Ventiv software

In summing up the program since moving away from spreadsheets, Mr. Eliot observes: “Risk grading is so important to Saint-Gobain. It’s really at the center of our risk-prevention policy, and since we’ve deployed the Ventiv solution, we’ve seen very strong growth in the program. We’ve added to the number of locations participating by some 50 percent, by growing to more than 1,300 locations participating, up from 900 in 2012. The Ventiv solution has helped us increase awareness of prevention at all levels. It makes it easier and more effective to create, deploy, and track action plans. And overall, it’s fostered a positive internal competition, which is the ideal outcome from benchmarking performance across the company.”